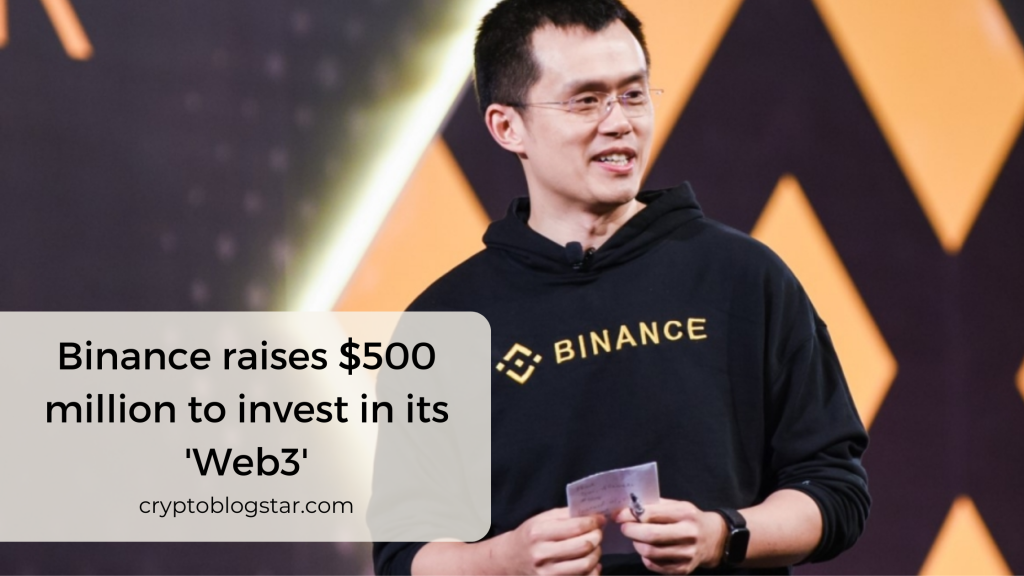 The world’s largest cryptocurrency exchange, Binance, is launching its own venture capital fund.

The company’s venture arm, Binance Labs, announced Wednesday that it has raised $500 million for its first investment fund, which is backed by venture capital firms DST Global and Breyer Capital as well as corporations and family offices that have not been named. Last week, Andreessen Horowitz announced a mammoth $4.5 billion fund to invest in crypto start-ups.

Using the funds, Binance Labs intends to invest in companies developing “Web3”. While still undefined, Web3 refers to a hypothetical future version of the internet that will be more decentralized and incorporate blockchain, the shared ledger used by most major cryptocurrencies.

During a time when bitcoin and other digital currencies are falling sharply, Binance’s new fund is being launched. Bitcoin has fallen more than 50% since reaching an all-time high of nearly $69,000 in November. It’s taken a toll on publicly traded crypto companies like Coinbase, whose shares have fallen 69% since the beginning of 2022. Investing in crypto start-ups has been hit by the slump.

Ken Li, Binance Labs’ executive director of investments and M&A, told CNBC that while start-up valuations of $1 billion or more are slowing down a bit, there is “no impact” on early-stage private markets.

Using the recent plunge in digital assets, Binance Labs aims to find founders who are building the next big tech thing.

The fund will invest in pre-seed, early-stage, and growth equity, along with tokens and shares.

“We are looking for projects with the potential to drive the growth of the Web3 ecosystem,” Li said. Projects of this nature may include infrastructure, nonfungible tokens, and decentralized autonomous organizations. The company estimates there are currently 300,000 to 500,000 Web3 developers, a number it expects to grow “substantially.”

The last year has seen Binance make a series of high-profile equity investments. This is the first time the company has formally raised a venture capital fund with funding from external investors.

Its investment strategy is a strong one, Li said, and Binance Labs performs due diligence on every investment. “We know that investing in early stages involves risks,” he added. “The industry is still young and was younger back then.”

A $500 million investment in Twitter is also being planned by Binance to support Elon Musk’s bid to acquire the social media service, a move the company hopes will boost its goal of “bringing social media and Web3 together.”

Zhao said Binance was ready to invest billions into Web3 in an interview with CNBC earlier this year. Musk and Twitter co-founder Jack Dorsey, two prominent figures in tech, have expressed skepticism about the trend. Zhao said the concept is a strong one, but it will take time to make it a reality.

“Exactly how it’s going to shape up, what exactly Web3 looks like, which company, which projects — nobody knows,” he said.

“Before Facebook started, nobody could predict that,” Zhao added. “We’ll just have to see what turns out.”

Binance is the world’s largest digital currency exchange, founded by Chinese-Canadian entrepreneur Changpeng Zhao in 2017. According to data from CryptoCompare, the company handled $490 billion in spot trading in March.

PrevPreviousHow to Store My Cryptocurrency? A Basic Guide about Crypto Wallets 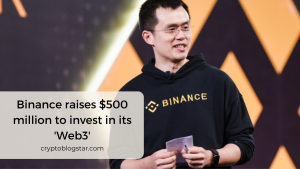